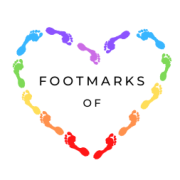 With April arriving, Hamburg announced a curfew. Paradox, since April is Latin for aperire – to open. Now we have closed doors after sunset. They say when one door closes another one opens.

In this case, April opened an internal blockage and helped me to be more creative again. I journaled and worked on my novel, which made me reflect on my past a lot. Especially on relationships and the rollercoaster called Love. I realized that sometimes, people try to talk me into something. I used to be one of these people, and sometimes still am. Someone who talks me into feeling something I don’t actually feel. Like questioning whether or not I like someone even though the fact of having this inner dialogue should be answer enough. While April did April things, I observed several hailstorms from the warmth of my apartment and felt Mother Natures beautiful sun kiss an hour later on one of my daily walks. Life is change.

The other day, I watched my students during recess when another hailstorm appeared. They started screaming and dancing in the icy rain while raising their hands up into the sky. I guess they learned one of the most important lessons already: Life isn’t about waiting for the storm to pass, it’s about learning how to dance in the rain.

Thank you April for reminding me of that.

I thought about my parents and how they feel about my departure in summer. They try to be positive about it, but I feel their sadness.

I asked my friend Nessa «Do you feel kind of guilty for leaving? Because I do, sometimes..« and that’s a weird feeling.

These moments, when reality hits, can be quite emotional.

E-Motion. As in Energy in motion. And when I think about it like that, I’m becoming more calm again because I know that deep down inside of me, this motion feels right.

I got my first Covid vaccination. Reassuring for me and especially for my family and I did a doctors marathon, to give me a check in everything.

Also another company contacted me very dearly and they will support me in looking for an apartment in Sao Paulo. A good feeling to be accompanied in this field.

Basement, attic and apartment, I sorted all out. Every part I own was hand-held. Wow. To let go of most of my material life. Kind of crazy, nostalgic, sentimental and so liberating at the same time. Given these things to friends and family and on the street and the rest I will bring to a clothing donation.

Challenge: I only want to leave the country with two suitcases and hand luggage but the suitcases are already full :-D. I have to do it again..

It’s Easter and I’m with my parents and my mom is so happy to have easter eggs for me to hide in the apartment. It’s like a tradition we have, even when I am an adult now. I see her joy in her eyes and feel like she wants to hold on.

I spend lots of time with family. Especially with my grandparents. It is most difficult for me to leave because of them. I feel the imminent farewell and also the people around me..

Hamburg has a curfew. A strange feeling and again different. Somehow oppressive..

I spent a weekend with two friends in another city nearby. We entered a street where everywhere in every corner was police. A feeling to be vigilant all the time. Am I doing something wrong? Do we have to put on the masks here? Can we walk next to each other? I felt insecure and like I was in a science fiction movie.

I think I have the deepest sleep I know and yet I noticed that I woke up in the middle of the night restless. What else do I have to do and to organize… And things that I pushed away emotionally knocked on. Connections with people who are important to me. I became aware of some of my blockages. Time to walk inside.

“April, April, he does what he wants.” Crazy climate. One day 23 degrees and sunshine and me outside in the park in my summer dress and a week later 20 degrees less in my winter coat and gloves with snow and hail. Crazy world. Crazy Hamburg.

A thought comes up as if I would betray my city and my people when I go. But then I realized no, that’s not true. I love Hamburg and love will stay, even if I leave.

I noticed I got kind of sentimental when I walked through the harbour street and realized that I will soon no longer see and feel it. I breathe in extra deeply when I am sitting there in front of the sunset with the yellow light and the harbor cranes and enjoy the harbour sounds. I got on the ferry with no destination. Just to drive and to savor the wind and the view of Hamburg.